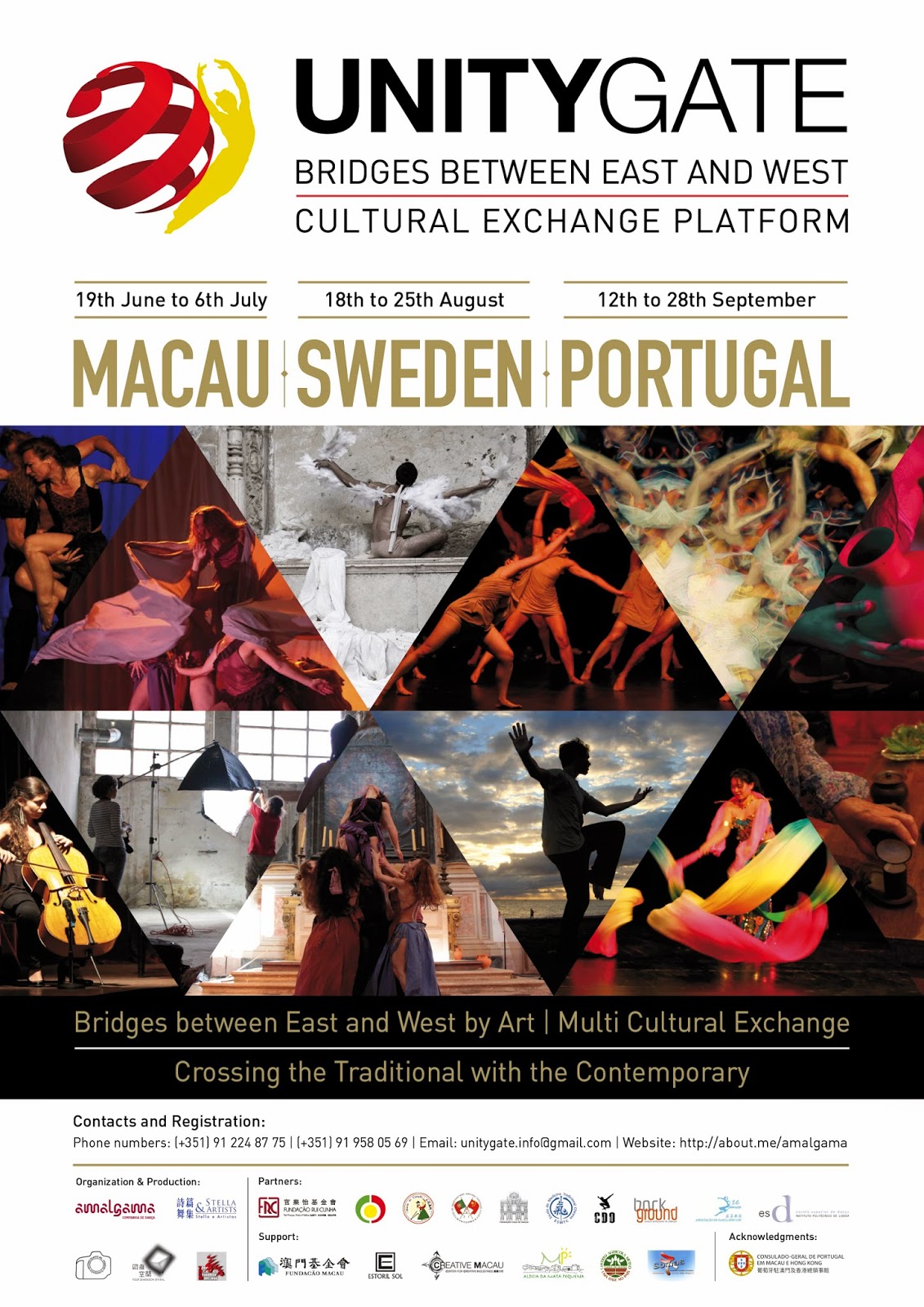 UNITYGATE 2014 develops in three stages: the first in Macau, the second in Sweden and the third in Portugal, they all consist of 3 arms; Workshops Platform, Panel Shows, Video Creations / Multimedia / Exhibitions 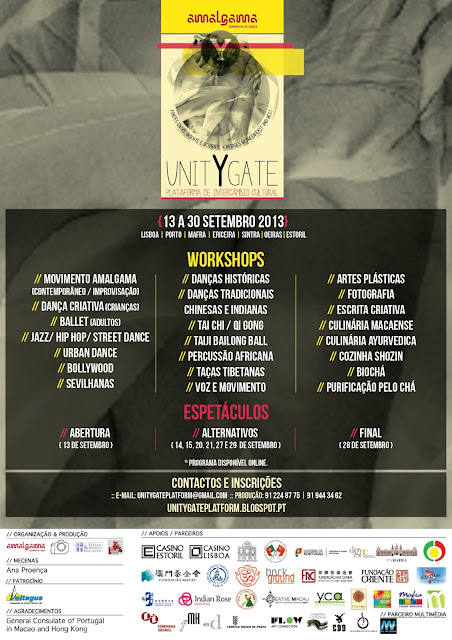 Amalgama Companhia de Dança
The Amalgama Dance Company is a Cultural Association, which was founded in 2000 with the aim to develop, promote and decentralize dance combined with other areas such as music, text, video and visual arts. It is a structure of their own creation with the growing desire to spread the art in a holistic view. Developed its own method, Movimento Amalgama, believing that everyone should get to dance with what most essential features, by doing up "experiment" with a new awareness of the role of art in our lives.